skip to main | skip to sidebar

Although there is never a shortage of dogs that need help, the current economic situation has made it especially hard for rescues to keep up with the demand of services. All Setter Rescue is no exception - we always have dogs that need saving and short on foster homes to place them in temporarily, before permanent homes are found.

ALL SETTER RESCUE is sending out an URGENT PLEA for FOSTER HOMES along the Front Range especially from Fort Collins to Colorado Springs. PLEASE help provide a TEMPORARY home for a Setter until they can be successfully placed in their forever home.

Fostering is not a lifetime commitment (unless you decide to make it one), it simply provides a temporary home for a 4-legged friend, helps us evaluate each dog individually for successful permanent placement and provides a second chance for these animals. Sometimes it can be challenging, but always a very rewarding experience.

HERE IS A LISTING of SETTERS NEEDING HOMES. Their INFORMATION and BIOS that we have are LISTED BELOW THEIR PHOTOS. Info updates always available. 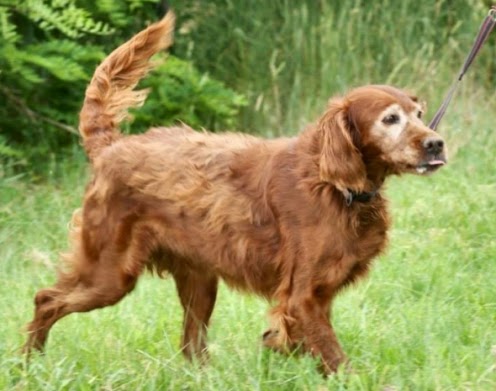 Scarlet is an 11 year old spayed Irish Setter female. (July2014) She's bench bred, good with other dogs but not with cats. She was surrendered at 10 years of age because she killed the wife's cat. Active for an 11 year old senior and in good health. 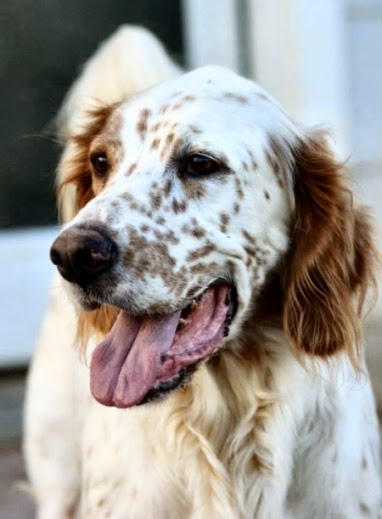 Jackson is a bench bred neutered male about 6 years old. He's well behaved and gets along great with other dogs, not real interested in cats unless they run. He is crate trained and travels well in the back seat of the car. Such a sweetheart and he badly needs and wants his own loving home. 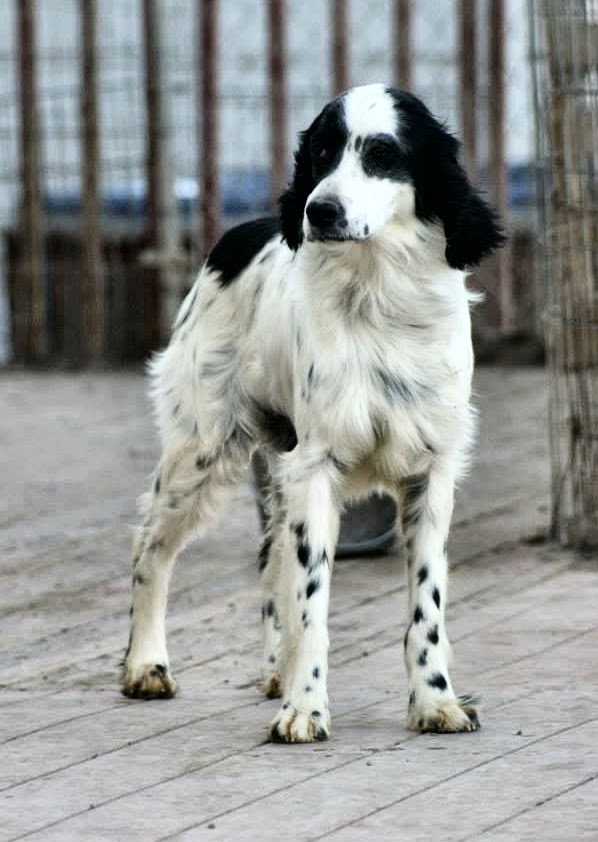 Patches is a beautiful spayed female that was born on May 31, 2012. She's an Englich Setter mix with Blue Belton markings. She has patches on both her eyes and ears. Her quiet personality tends to want her to be a cuddler and lover. 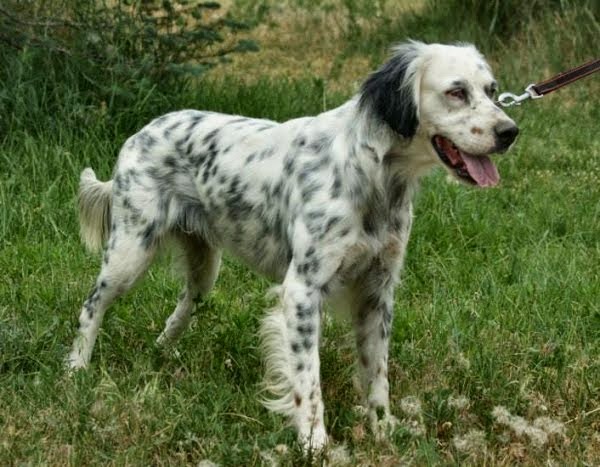 Chet is an intact 5 year old male that will require neutering before placed. He seems to have both field and bench breeding. This boy is well behaved with an active personality. He gets along with other dogs but will chase cats if given the opportunity. 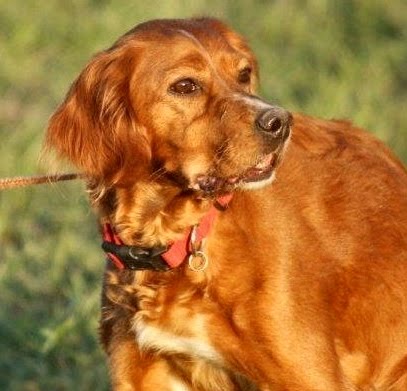 Sophie has a need for speed! This active 5 year old, female keeps her girlish 40-ish pound figure by chasing moths, birds, and anything else that wants to play. She’s great with other dogs, housebroken, energetic and loves to run outside. She’s companionable, very birdie, and responds well to voice commands. She came to All Setter Rescue as a survivor of the economy. When she developed a mammory gland tumor, her owners drew the line and surrendered her to a shelter. Her tumor has been removed now and she has received a fantastic prognosis for the future so she’s ready to start the next phase of her life! An active family is her heart’s desire and a fenced yard will be a must for this amazing little girl. 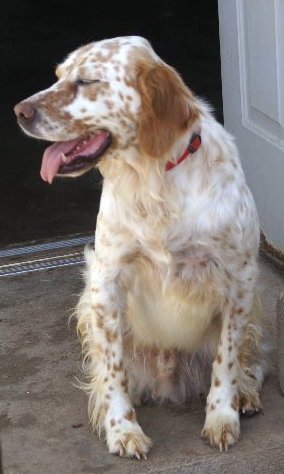 Milo is the free-spirited type. This active, neutered Orange Belton male is appx. 7 years old and 60 pounds. He loves to snuggle and have his tummy rubbed, does well with other dogs and cats captivate his attention. He's a very good boy, house-trained and well behaved but has a taste for adventure. He would do best in an active, yet controlled adult home as he is a fence-climber and very accomplished escape artist. 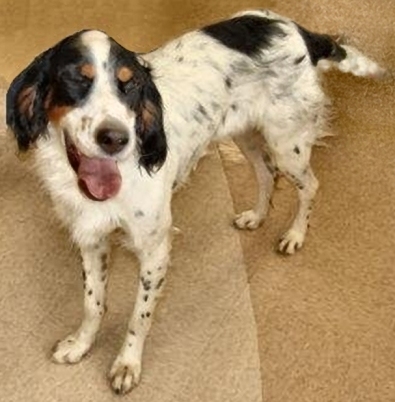 Friday is a tri-colored, Field bred, English setter male. He’s appx. 45 pounds, neutered and current on vaccinations. At just two years old, he’s a busy boy with plenty of puppy energy to spare. He likes kids, is great with other dogs and the first time he met kitties, he was intrigued enough to set them for an hour! Then he asked them to come out and play, but since they weren’t allowed, the jury is still out on what he’d do with them up close and personal.
He’s jovial, fun loving and LOVES lap-time once he’s worn out enough to slow down. He’s not afraid to ask for what he wants, is very intelligent and working hard on commands, but distractions sometimes get the better of him. He’s a great, fun-loving dog with fantastic potential for a family that’s willing to work with him! 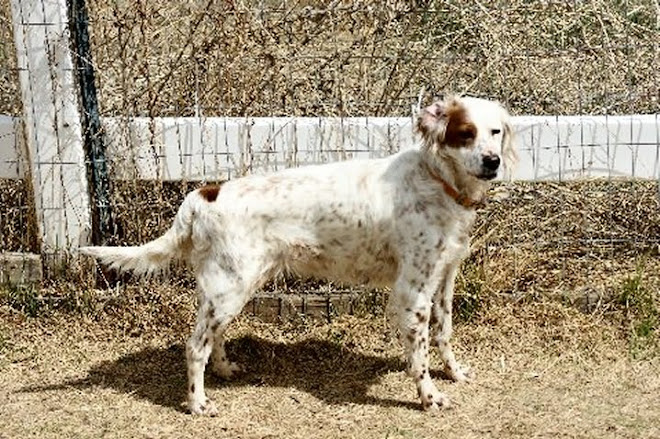 Meaghan is a Field bred English Setter about 8 or 9 years old. She is intact. She's been a kennel dog, brood bitch, and will need some work on leads, etc. Seems to be housebroken, but not sure. She is crate-trained. When outside, she does actively look for birds, etc., so may have been hunted with. She gets along with other dogs but is a bit stand offish and acts like an old dam that tries to discipline puppies. Do not know how she would be around small children and would suggest that be approached with care. She's rather independant. 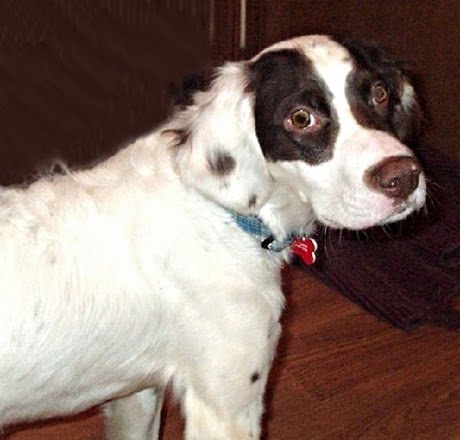 Bentley is a playful pup that is still growing into his legs! He’s a Blue Belton English Setter, neutered male, appx. 7 months old and 30-ish pounds. Before he arrived at All Setter Rescue, he had no idea that life could be so much fun and there was so much to see and do. He’s learning quickly about playmates, joy and that food is available for the asking (he was pretty skinny when he arrived). He’s fun, curious and full of puppy energy. He’ll require lots of exercise and a fenced yard to run off steam in. Lots of snuggles, love and a 4-legged partner in crime - oops - did I say that? I meant he'd love a partner for fun. Those are his greatest wishes. 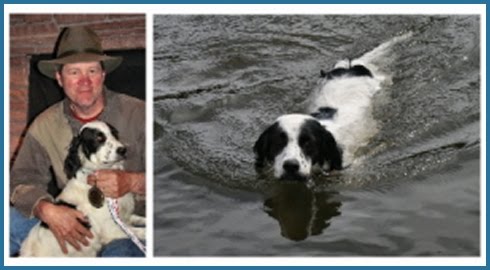 A note to ASR:

Just thought I would touch base and give an update on Dakota. She seems to be adjusting well to her new surroundings. We have learned to put things (food) on the counter away so as not to temp her to counter surf. Two weeks ago she spent a long weekend at Lake MacCounagha as her and I had a weekend camping trip. Needless to say she ran the beach for days and when she wasn’t running she was pointing butterflies. This Sunday (today) we ran in another Colorado Gun Dog Club field trial and she placed 3rd in Novice and we are still working on her retrieve. She and the cat still have an understanding and we have not gotten any kittens yet so we’ll see how that goes. I have taught her the “heel” command and she does it well (at times). That’s all for now I’ll keep you posted on her progress.

No posts.
No posts.
Home
Subscribe to: Posts (Atom)

Info on Adoptions and Rescues ... 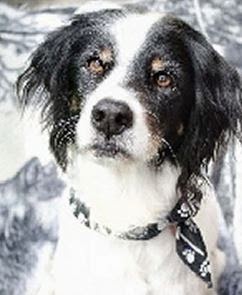 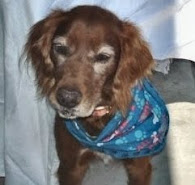 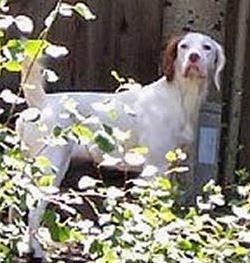 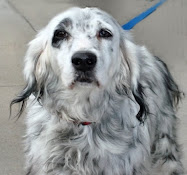 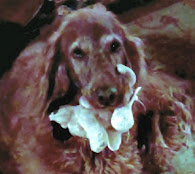 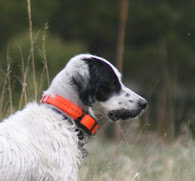 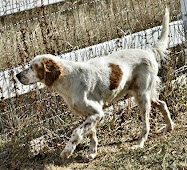 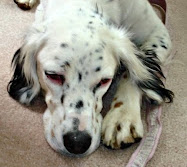 Lefty and Righty - Colorado - Adopted Together 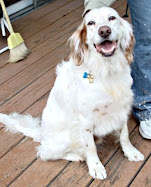 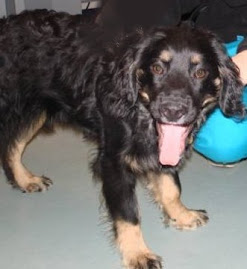